Home / Buildings / Rising from the Ashes into Modernity with CMU

Rising from the Ashes into Modernity with CMU 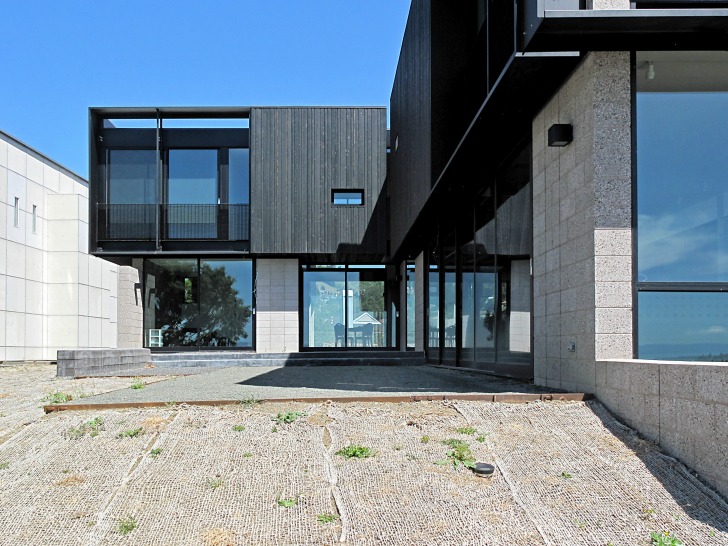 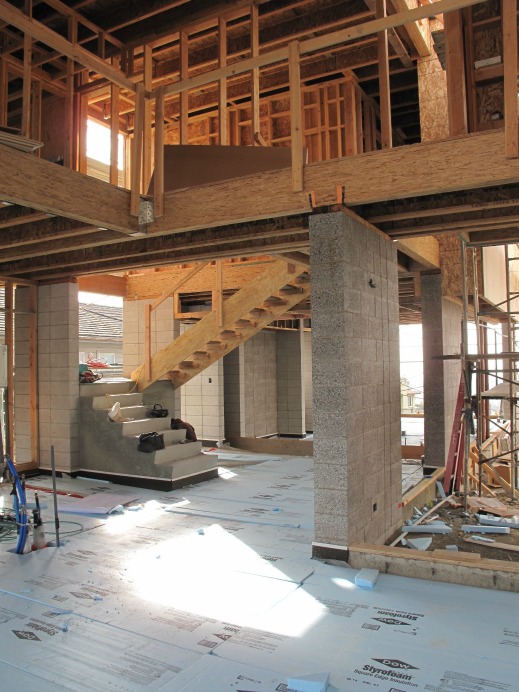 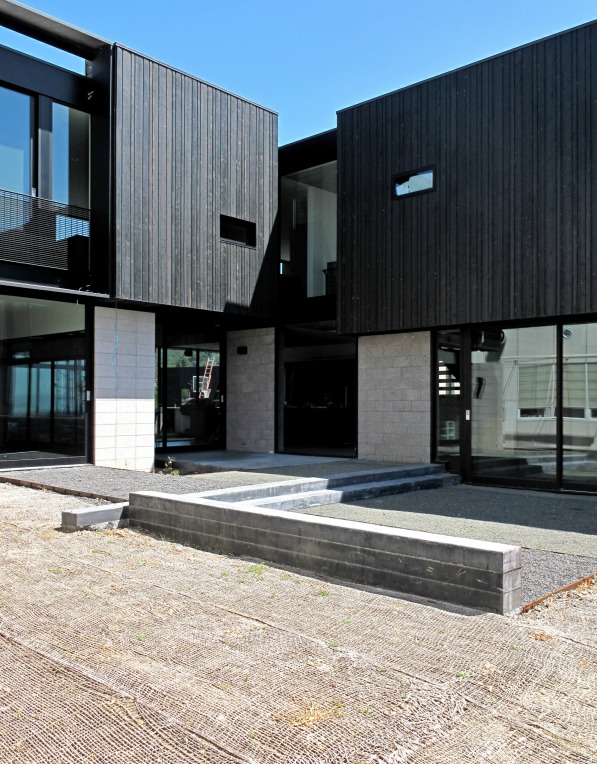 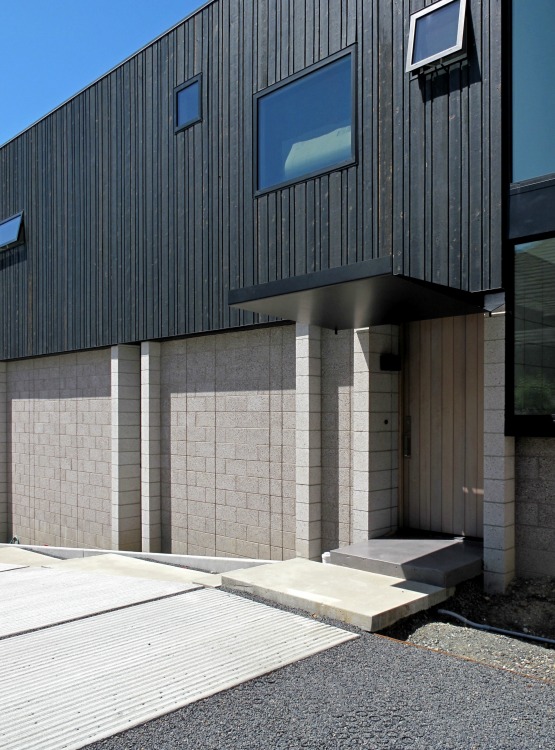 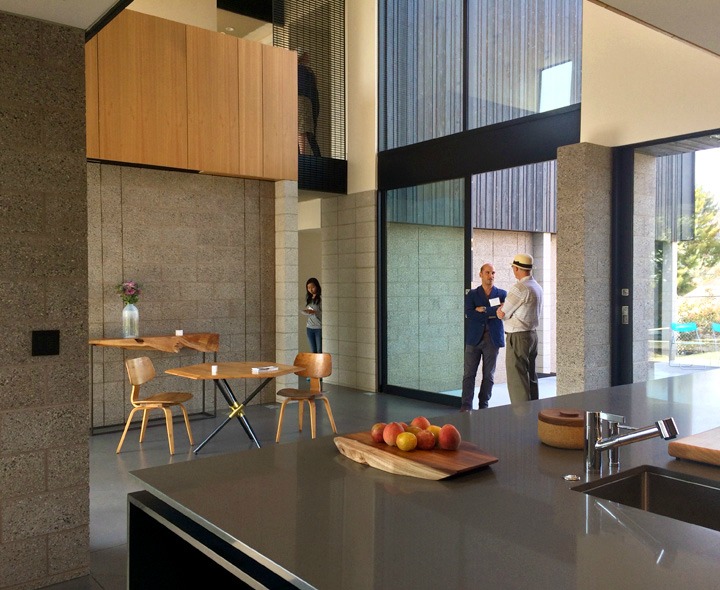 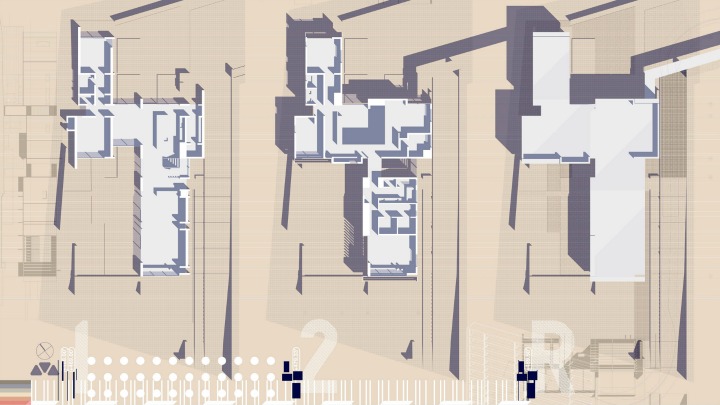 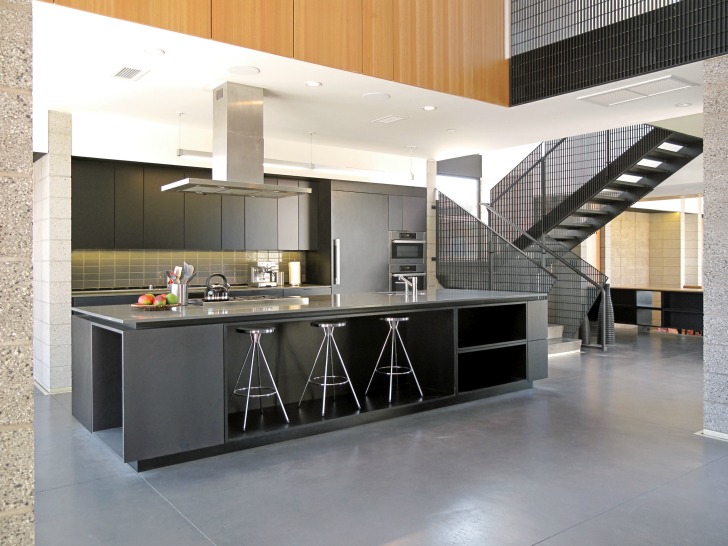 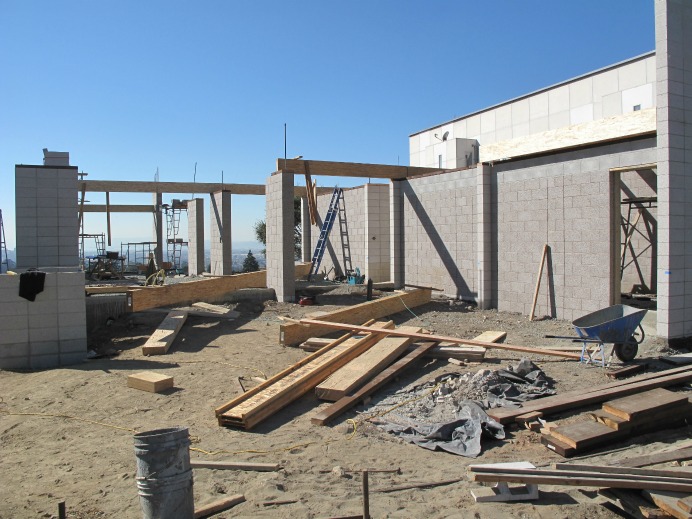 The historic Oakland Hills firestorm in 1991 left behind grey ash and blackened foundations from thousands of homes in the fire’s path. Today, only a few of those torched lots remain vacant. AAA Architecture created a home for one of those sites that embodies the principles of the era of California’s best modernist architecture.

“We were asked to design a house for this site that would maximize views, connect to the outdoors and feature expressive materials,” said Randolph Ruiz of AAA Architecture. Successfully responding to this beautiful site was the challenge of this project. It faced a large, but awkward lot; great views, but close neighbors; and great climate, but harsh solar exposure.

These conditions demanded a solution that took advantage of everything the site had to offer. “We were determined to use ground-face CMU from the start due to the broad range of benefits this system offered,” Ruiz said. The block module helped impose an architectural rigor to the home’s plans that is easily lost in wood-frame construction.

Rising from the Ashes and Raising the Benefits

Concrete masonry allowed for an exposed and attractive expression of structure that brought architectural value to both the interior and exterior. Block’s inherent energy benefits played a large role in the designer’s determination to employ it in this project. The thermal mass and integral insulation
of the block allowed them to open up very large expanses of glass and still outperform California’s stringent energy requirements by a large margin, according to Ruiz.

“The simple and subtle use of concrete masonry for structural elements inside and outside is a striking juxtaposition with cedar and glass.”
—Design Awards Jury

The design went through a number of iterations, but eventually the clients ultimately chose a design that centers on the unexpected. Two offset bars create front and rear courtyards divided by a soaring space used as a breakfast room. Concrete masonry is used not only to define the design, but as part
of the overall theme. Four parallel lines of masonry walls, which are oriented toward the site’s views, organize the ground floor plan. These walls define the house’s two bars and are both interrupted and connected by windows and glass doors. The eastern wall of each bar is buttressed at regular intervals; defining interior spaces and also eliminating the need for interrupting shear walls or expensive moment frames. The second floor contains three bedrooms and an office situated within four boxes balanced
upon the concrete masonry walls below, and clad in charred cedar. Large glass windows at this level are framed in projecting metal hoods with operable louver screens to control solar loads on the western exposure.

CMU Brings Honest and Modern Beauty After the Fires

Few reminders of the devastating Oakland Hills firestorm remain, and on this site, a concrete masonry home rises above what was once ashes in a modernist expression that relies on honest materials.