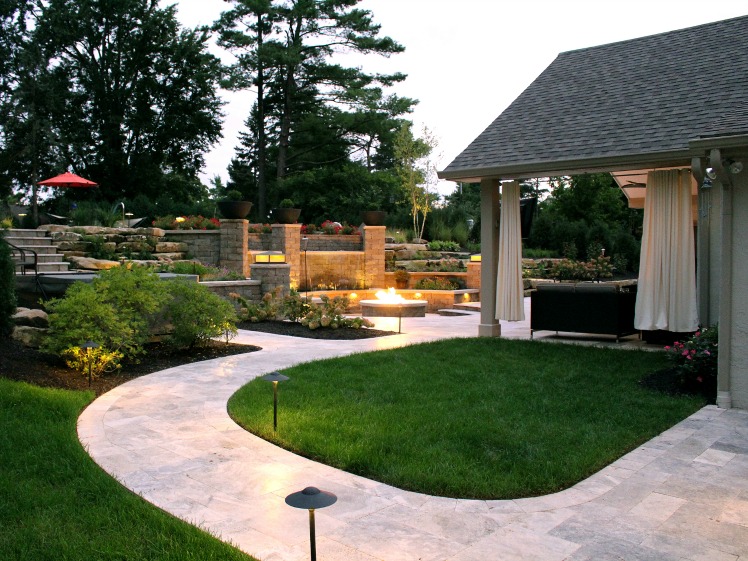 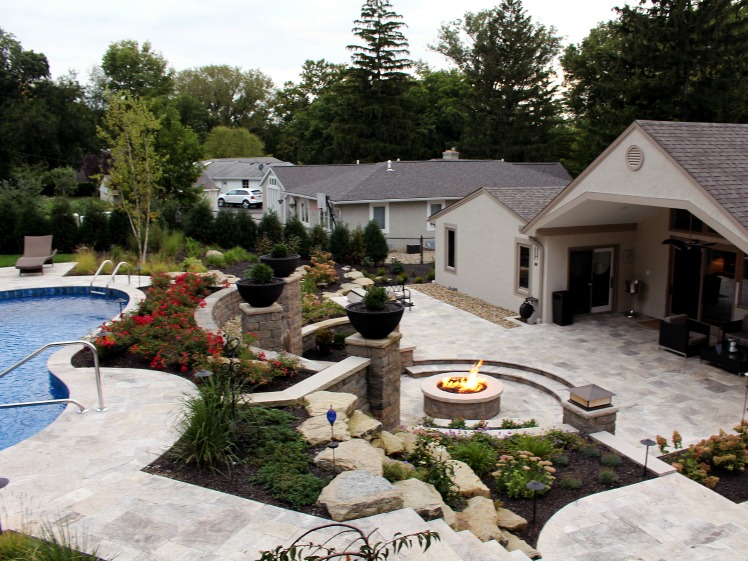 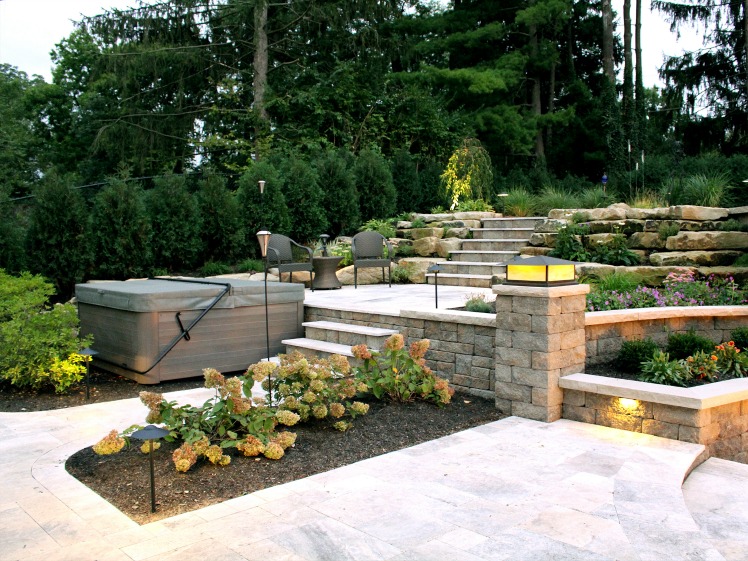 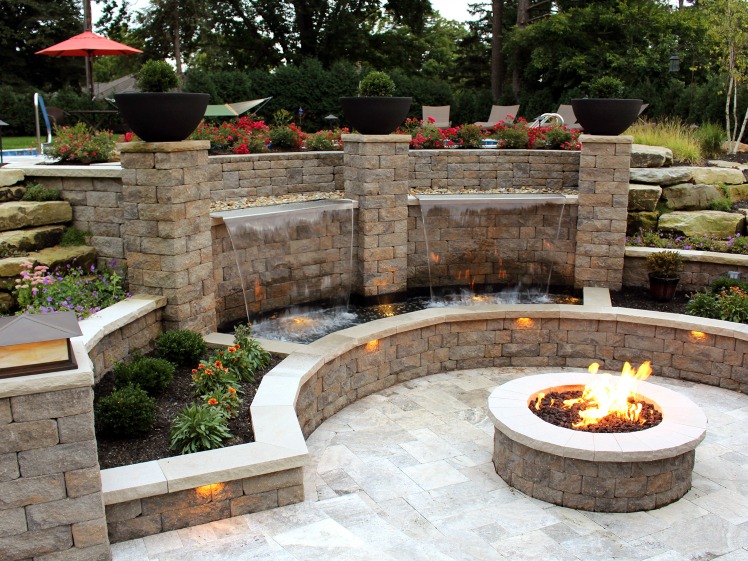 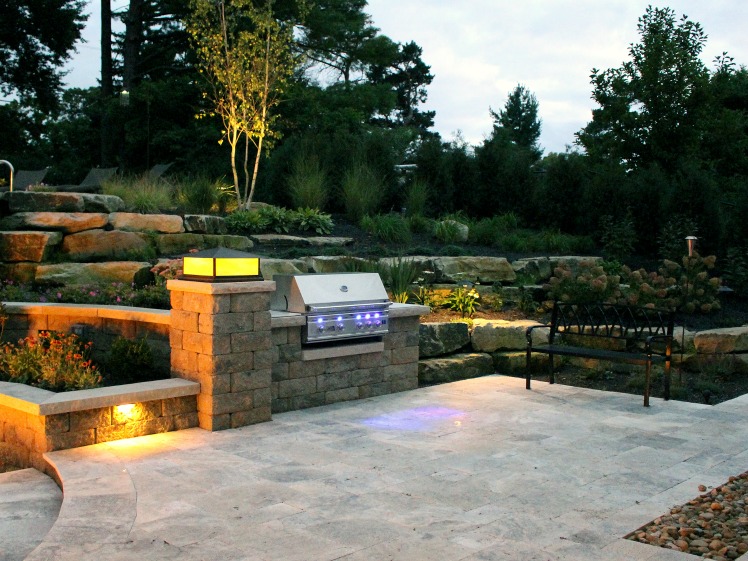 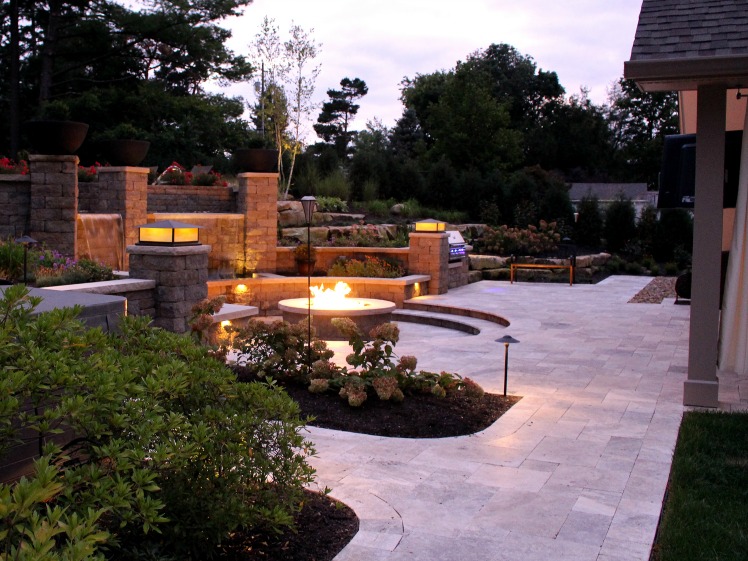 The landscape designer’s client wanted an outdoor living space where friends and family could gather in multiple seasons. This request was addressed with a contemporary design that includes a fire pit and a water feature.

Natural views to the back were inviting, but space was at a premium. The solution was to create a series of terraces and travertine patios supported by segmental retaining walls with architectural finishes that emulate stone. Large sandstone boulders are scattered about as accents.

A water feature is rendered as a two-part fountain, built as a two-wall system. The rear wall retains the hillside and is an interlocking system with a six-degree batter. While this wall is 8 ft (2.4 m) high, only the top 2 ft (.61 m) is exposed. Meanwhile, the wall in front is built of non-retaining block that is decorative. Without any batter, it is ideal for the sheer waterfall system. Located between the two walls, a large French drain system and a cavity filled with packing peanuts eliminate any pressure on that front segmental retaining wall (SRW). Despite an extreme grade change and very tight access, work on the walls and drainage system progressed with ease, thanks in large part to the SRW system, which allows the wall to be constructed in small sections.

The SRW units used on the waterfall also were employed for the lower seating wall. The waterfalls and troughs were designed to look and function beautifully. The water does not splash into the patio space, and thus surrounding seating stays dry for comfortable use. The sunken fire pit patio, with its surrounding SRW units, eliminates the need for outdoor furniture in the space, giving it a very clean, contemporary look. Together with the main columns, the space portrays a stately appearance. The terraced garden leads up to a hot tub patio area and then up to the pool patio above, which sit behind the water feature and retaining wall. Lighting was incorporated throughout the site for evening entertaining in style.