While the concept behind Segmental Retaining Walls (SRWs) is nothing new, in fact, gravity walls have been in existence for over 4,000 years, SRWs reflect decades of advancement with the use of manufactured concrete units and geosynthetic soil reinforcement. The National Concrete Masonry Association (NCMA) and its membership have been leaders in developing, researching and promoting SRWs. Begun in North America SRWs are now manufactured and installed all around the world.

The design methodology followed in most worldwide locations is the NCMA SRW Design Manual, one of the first tasks taken on by NCMA to help develop this new market. Other research projects have included: Test methods, freeze-thaw durability, single depth, multi-depth, mechanically stabilized earth walls (MSE) and seismic performance. 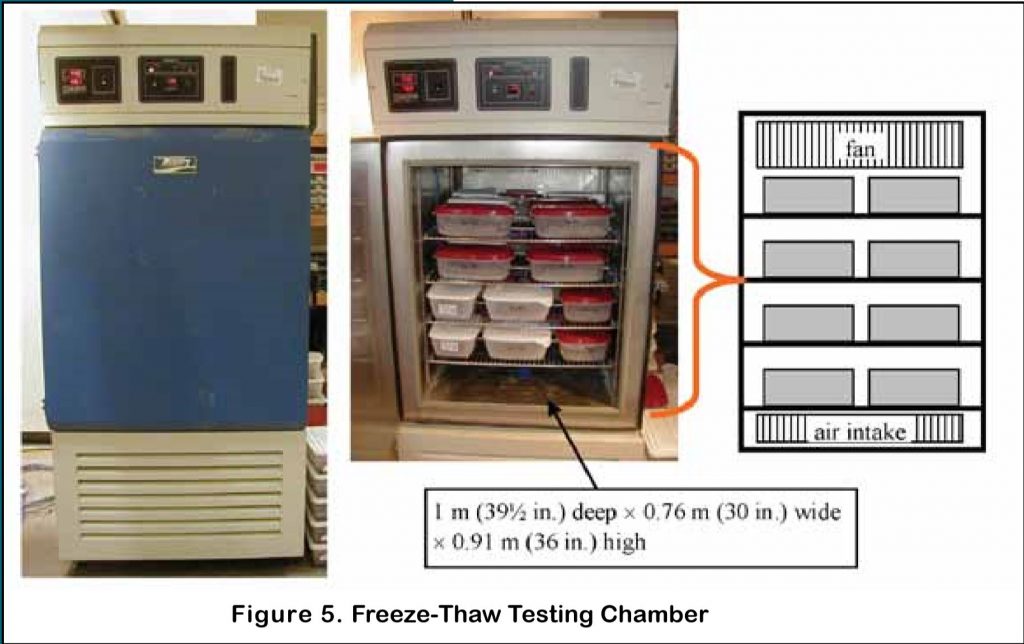 Geosynthetic soil reinforcements were introduced into the market in the 1970s. The 1980s brought a concrete retaining wall system that used zero-slump concrete products as the facing units and geosynthetic reinforcements as the soil reinforcing system. This system became a popular construction item but left designers with questions that had not yet been answered: design methodology, durability of construction elements, testing methods for product characteristics and quality assurance. NCMA developed the SRW Design Manual to help answer these questions.

The NCMA Design Manual went through several versions in the 1990s and 2000s; the first published in 1993. The methodology used was an active Coulomb earth pressure using friction between the concrete facing and the reinforced fill soil. The Coulomb design approach accounted for batter of the wall and resulted in a more aggressive design. The approach was new at the time to MSE design, but was based on appropriate design approach that was concurrent with extensible soil reinforcing elements and geogrid reinforcing. The design manual was revised in 1997 with updates and additions to the design manual and again revised in 2009, adding the “Seismic Design Manual” and the “Drainage Design Manual.”

The “Seismic Design Manual” was created based on interests in seismic design methodologies. The NCMA contracted with industry experts to write a seismic design manual complementing the Design Manual for Segmental Retaining Walls. It was published in 1998 and is based on the Mononobe Okabe method of analysis for pseudo static design (Whitman 1990). This was revised in the third edition of the Design Manual for Segmental Retaining Wall in 2009 to incorporate Ling H. et al. research and proven field performance. The research changed the seismic force used from an inverted trapezoid (maximum dynamic force near the top of the structure) to a rectangular load distribution. 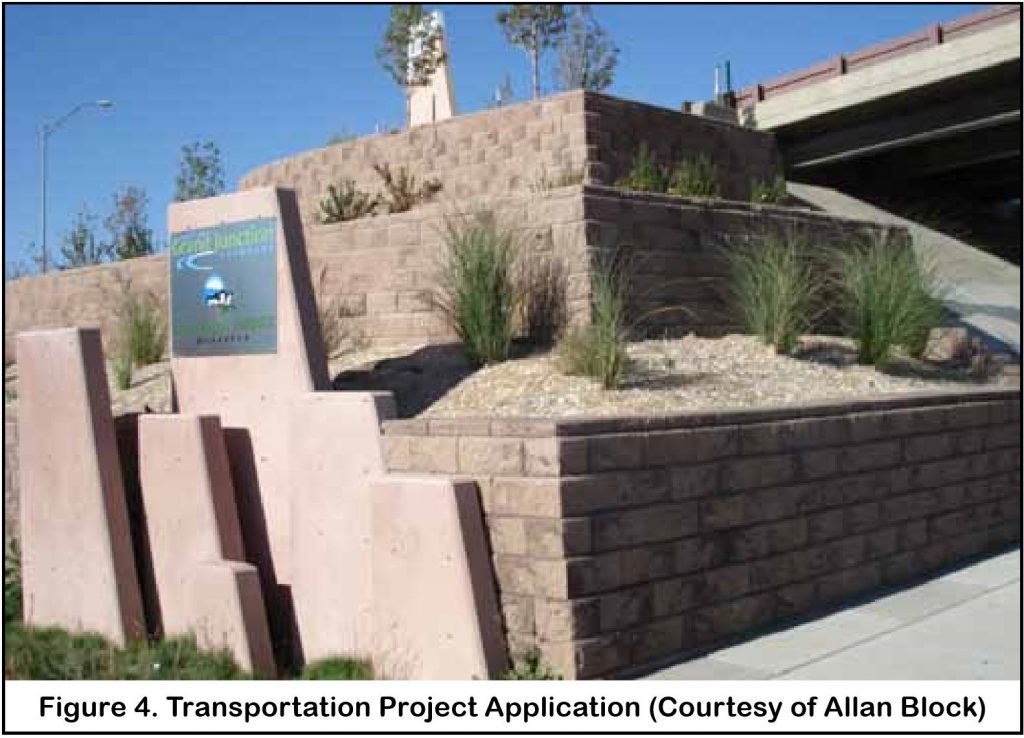 The Design Manual was a great asset to designers and specifiers of SRW walls. In 1992, NCMA contracted with the authors of the Design Manual to write all design program consistent with the provisions contained in the design manual. The first version of the software was released in 1993 and multiple versions have come after to accompany the different editions of the design manual. A fourth version of SRWall was released in 2009 that included the changes made in the third edition of the manual.

Significant seismic events occurred around the world between 1994 and 2010 where the performance of segmental retaining walls was reviewed and multiple papers documented their performance (Sandri 1997, Race 2001, Figure Yen 2011, NISEE 2006). In each event SRW walls experienced little to no wall movement or damage. Noted were both the 1994 Northridge and 2010 Chilean earthquake. In a summary statement by Sandri, “the observations presented suggest that geosynthetically reinforced soil structures provide an excellent choice for grade change transitions.

Bridge design as referenced in the AASHTO Bridge Design Manual was updated based on the above research and observations. Article C11.5.4.2 states: In general, wall performance in past earthquakes, and cases where either wall collapse or severe wall displacements have occurred are rare. Further it states: walls meeting the requirements in Article 11.5.4.2 that allow a seismic analysis to not be conducted have demonstrated consistently good performance in past earthquakes.

The manual includes research and recommendations regarding the Freeze-Thaw Durability. This information was shared in detail in our previous excerpt on SRW Durability.

The configuration design of SRW units began with modifications to the standard 8 x 8 x 16 in. (203 x 203 x 406 mm) masonry unit (CMU) as this was the standard size manufacturing equipment could produce. The height of the units varied from three in. up to eight in. (76-203 mm), with some equipment cable of making a one foot tall (0.3 m) unit. The need for a shear connection between units lead to different configurations such as units with pin connections, concrete lips on the front or back of units, or concrete nubs or lugs. The minimum face shell thickness of 1.25 in. (32 mm) for a CMU was increased all the way to full solid units, as well as units using internal cores and different layout geometry. There has been no formal research into the unit designs other than what has been easy to produce consistently and a unit size that is preferred by the customer. The market tends to dictate what is acceptable.

There have been many papers published on the performance of SRW walls but recent research papers demonstrate the conservative nature of SRW design. NCMA has funded research projects over the decades which are documented in the manual. Information can also be found in our article, SRW Durability and SRW Production: A Brief History.

In a series of research papers by Allen and Bathurst it was shown the stiff faced SRW walls were over designed for internal analysis by a factor of greater than two resulting in final factors of safety greater than 3.0 or 4.0. The influence of a stiff face was also shown in the results from the Geocomp research.
. 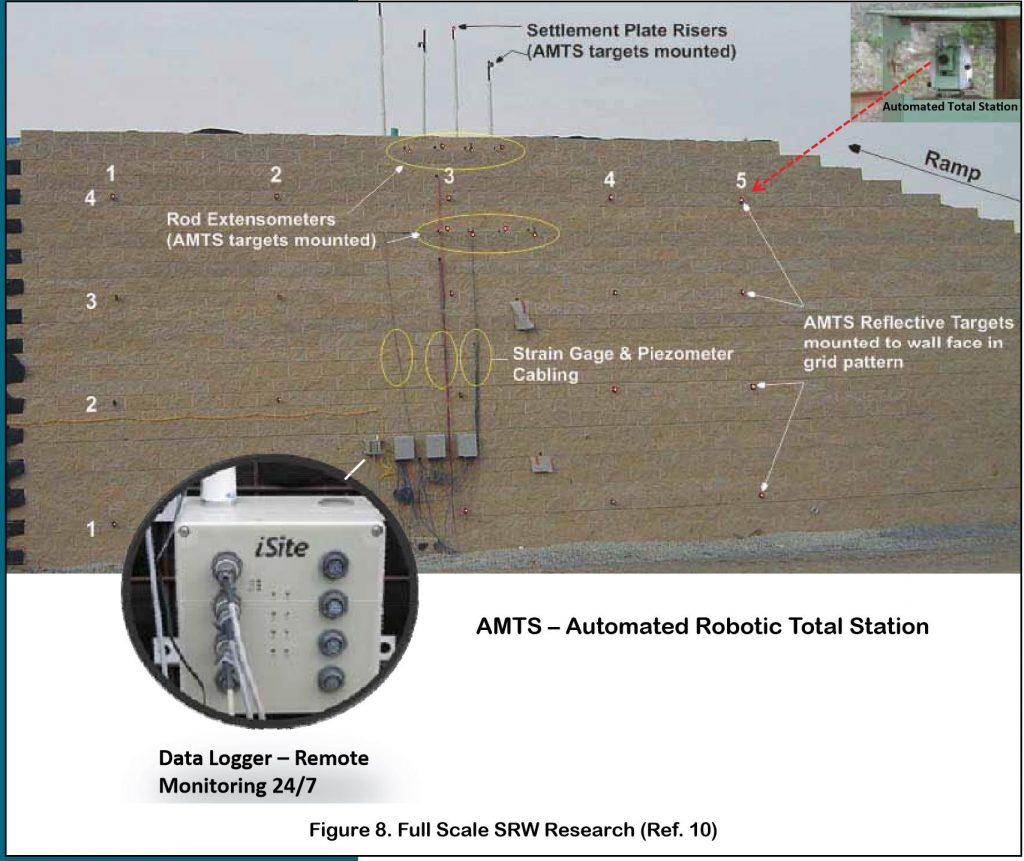 In a paper, Professor Holtz discussed the history and development of geogrid reinforced soil structures (GRS). In his concluding remarks he predicts: 1) GRS will soon be the standard steep slope and standard wall because of their significant advantages; and 2) GRS and other types of reinforced walls will change the way we teach earth pressure theory and the design of backfilled retaining structures.

FHWA™’s Turner-Fairbank Highway Research Center continues to study GRS structures and the composite behavior of closely spaced reinforcement (8-12 in. (203-305 mm)). The composite behavior is showing little internal stresses and the method currently does not consider geosynthetic-block facing connection. This new technology is being used in pilot projects around the U.S. but it is not yet included in any code. Also in 2016, FHWA published research for the design of geosynthetic reinforced structures using the Limit Equilibrium Analysis this methodology uses the global stability tools to determine the stresses on the reinforcement, for more details review: FHWA-HIF-007 Limit Equilibrium Design Framework for MSE Structures with Extensible Reinforcement (2016).

This article is an excerpt from SRW Market History Article series .

Previous Why Hire an SRW Certified Contractor?
Next A Big Statement with a Little Carbon Footprint 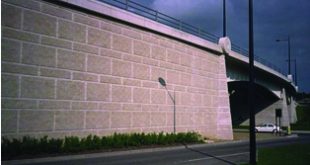