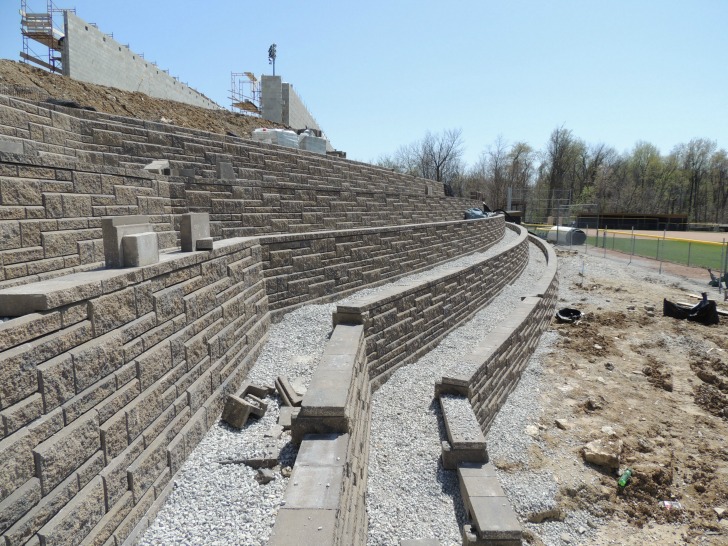 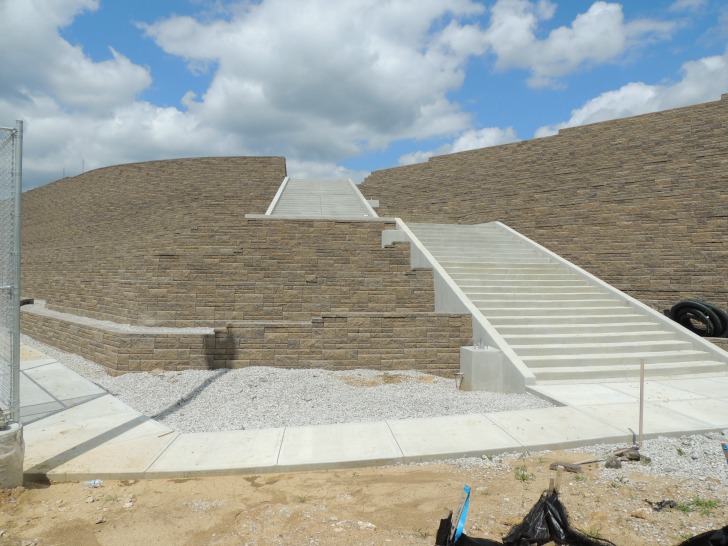 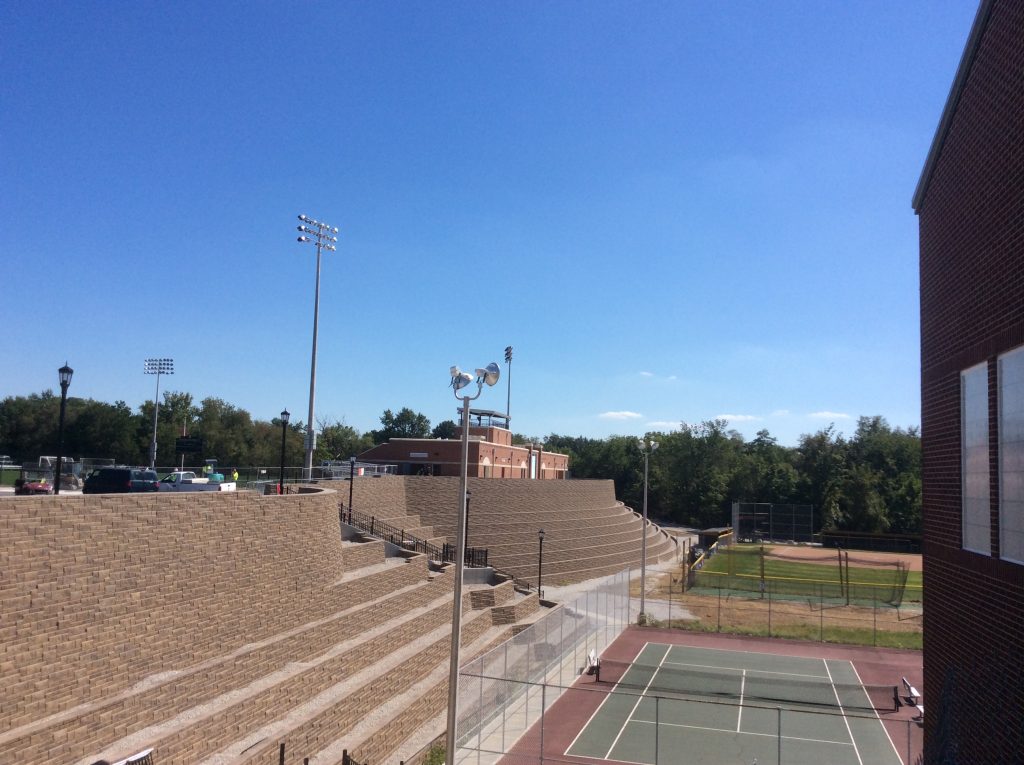 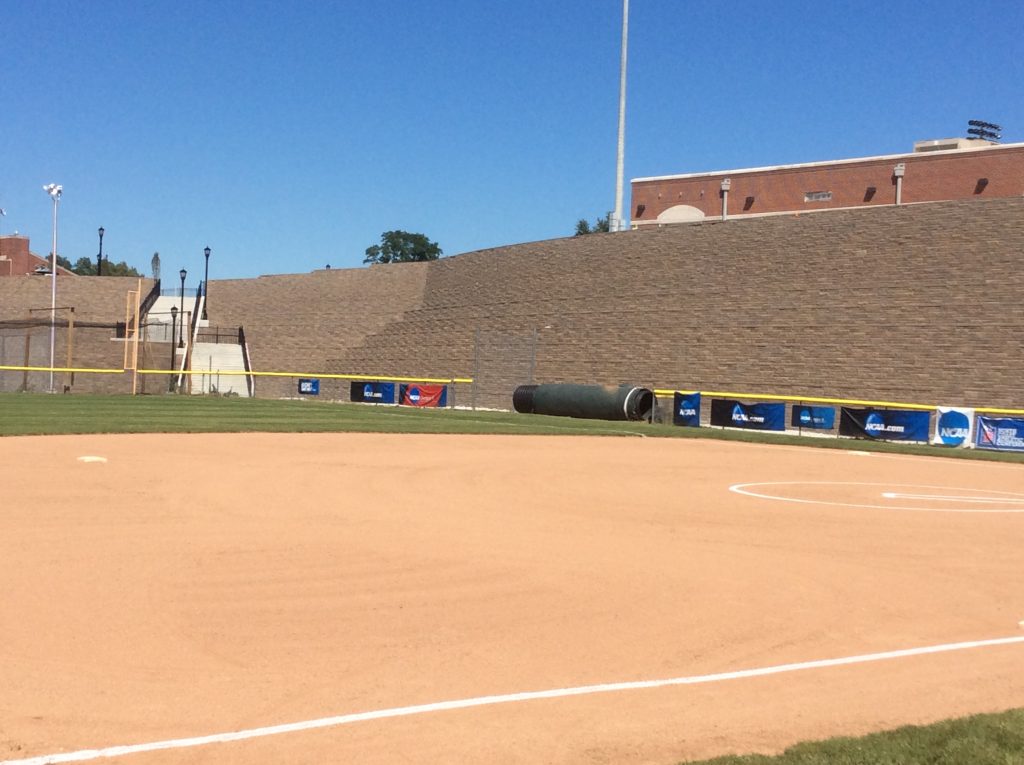 When DePauw University undertook construction of a multisport stadium to serve as the southern anchor of its athletic campus, it was obvious that some large-scale retaining walls would be required.

Grade changes at the stadium and practice fields required installation of several retaining walls, but bids were coming in higher than expected on the initial design. When the University approved a change to a more cost-effective concrete masonry patterned wall, the segmental retaining wall system provided a time-saving advantage as well.

Once work started on the DePauw multisport stadium, it soon came to light that there was a global stability issue with the site. The contractor worked with the wall engineering firms to revise the plans and create an acceptable solution. The solution was a multitiered system of terraced walls that specified select backfill for the infill zones and extended geogrid layers to counter the global stability slip arcs in each of the seven walls that were of concern.

Soil compaction was regularly checked, and design specifications were closely adhered to; walls were carefully aligned to maintain vertical elevations. Some difficulties arose near the cast-in-place concrete stairs, which cut straight through the walls and it took a great deal of skill to properly position the leveling pads correctly. The end result was a well-terraced wall structure.

The whole project has been a collaborative effort between all parties from start to finish, according to the design team. Tim Bott of Allan Block, one member of that team says, “The resulting wall structures are a testament to how a closely managed project with a diligent contractor and a dedicated engineer can turn out.” The clean lines and careful attention to detail have created a solid and functional structure that provides the high degree of aesthetics that DePauw University sought.